CHAMPIONS OF THE FLYWAY 2019 – AWARDS AND FINAL STANDINGS

With the dust having just settled from the 2019 Champions of the Flyway campaign, birders from all over the world are still recovering from months of fundraising followed by long days in the field, and of course, the frentic bird race itself….
On March 26th, 31 teams of birders from 14 nationalities took to the field for an amazing 24 hours of birding and adrenaline, tallying over 230 species of birds! Our teams consisted of birders of varying levels, aged 6-74! The race was amazing as usual, but most important is the fact that the fundraising campaign was incredible – with close to $80,000 raised for Nature Kenya’s Vulture projects.
This year the Society for the Protection of Nature in Israel (SPNI) and Birdlife International decided to heed the call of our African brothers and sister in order to raise funds for an urgent conservation cause there. Following five years of projects based in Europe, the Champions of the Flyway family directed our efforts at an important and urgent call, the plight of the Rift Valley’s vultures. We are hopeful that with the help of the substantial amount of money raised Nature Kenya will be able to achieve a lot on the ground, to the benefit of the Vultures of the Mara region. 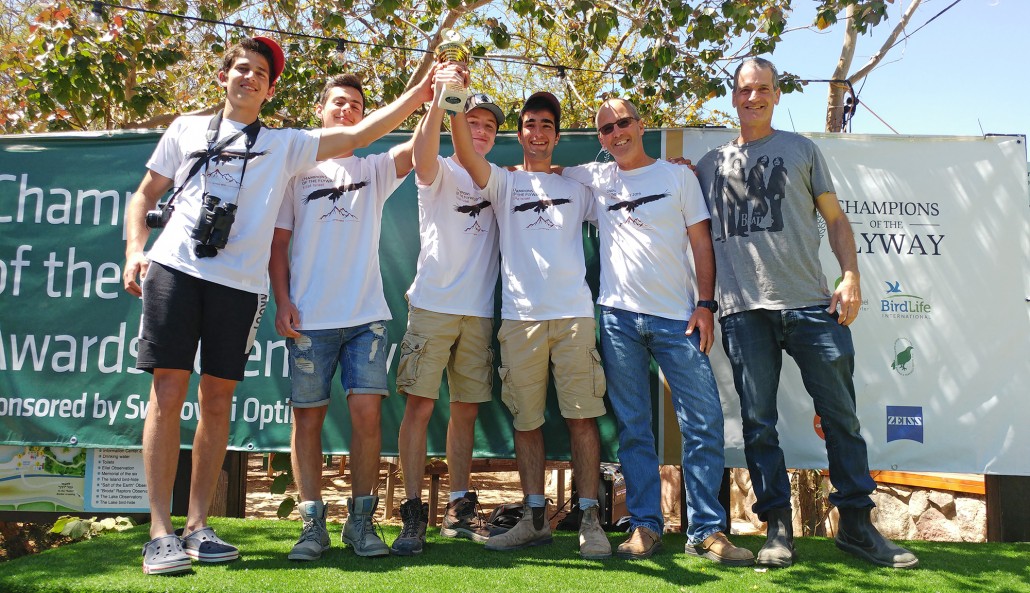 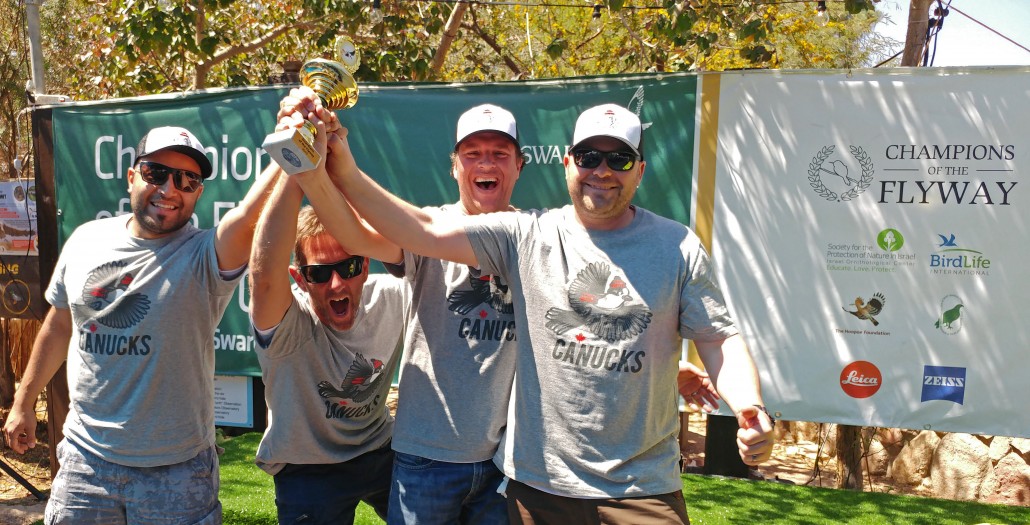 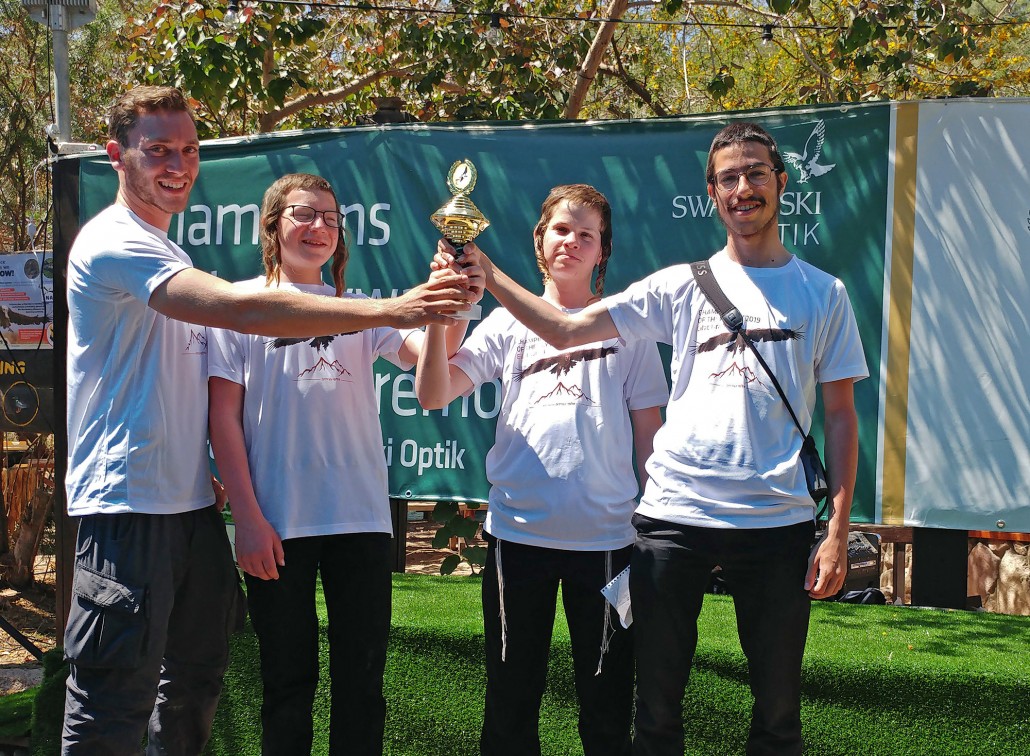 Israeli Guardians of the Flyway

The Israeli team that raised the most money for the cause are the BLACKCAPS –  the first ever team of Orthodox kids! The Blackcaps did a green big day on bikes and pedaled around 50 km during the day! On top of all this the youngsters raised over $4000 for the cause! Congrats to Moshe Zinger, Levi Yitzhak (Levitz) Gross, Moishy Glazer and Ron Faibish 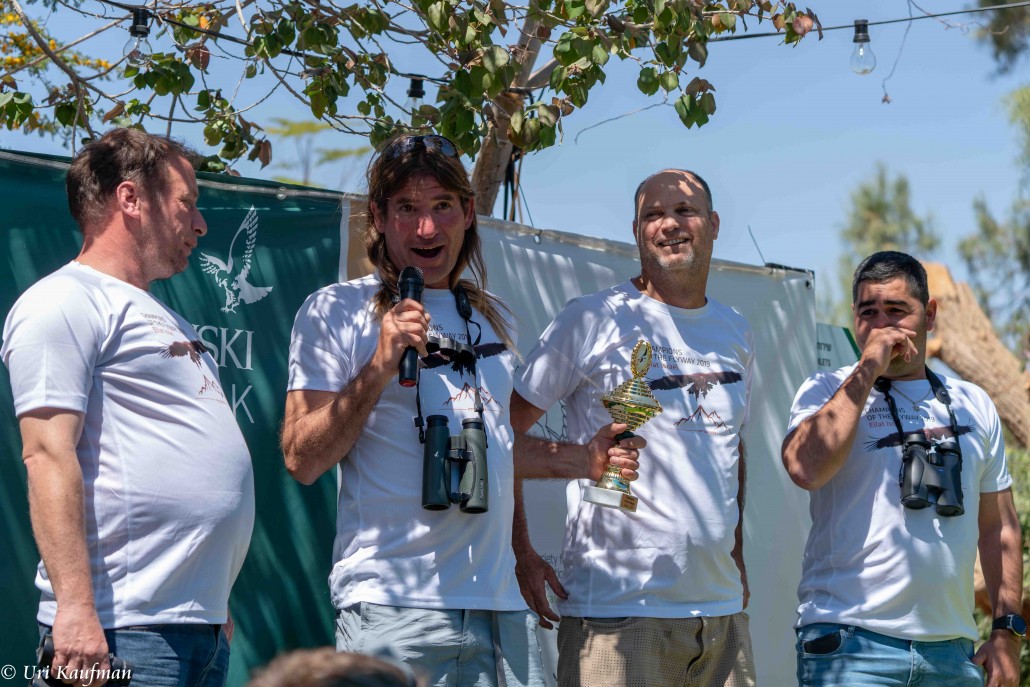 The COTF 19 Green Champions
The 2019 Green Champions are the BUNTINGS! Well done to Lior Kislev, Noam Kirshenbaum, Ohad Avraham and Ran Markus for logging an amazing 113 species while walking over 30 km!

We would like to thank all Champions of the Flyway participants for a monumental effort this year; you are all true ambassadors for the Vultures of Africa! A warm thank you to our colleagues in Birdlife International for believing in our dream and giving us the tools we need to make it happen. Finally the biggest thanks go to the thousands of people worldwide that donated money to the cause. It is thanks to all of you opening your hearts and wallets that we can truly make a difference in the long battle for bird conservation. You are all a powerful voice that speaks out for those that cannot be heard and this is what makes you true Flyway Champions!
There is a lot more that needs to be done – see you next year!
Jonathan Meyrav, Champions of the Flyway coordinator (on behalf of the whole team)

Champions of the Flyway 2018 – Award winners and final standings

The dust has not yet settled from the most impressive Champions of the Flyway campaign to date. Birders are still recovering from long days in the field, some heading home and others getting in some last hours of birding in Israel.

On March 26th, 32 teams of birders from 14 nations took to the field for an amazing 24 hours of birding and adrenaline, tallying over 240 species of birds! The race was amazing as usual and we will share the results shortly but most important is the fact that the fundraising for Champions of the Flyway 2018 was the strongest and most productive ever!

The teams managed to raise $100,000 for conservation! Money that will be split between the Birdlife partners in Serbia and Croatia, for projects tackling the illegal trapping and hunting of birds on migration!

Congratulations to the 2018 Champions of the Flyway award winners!